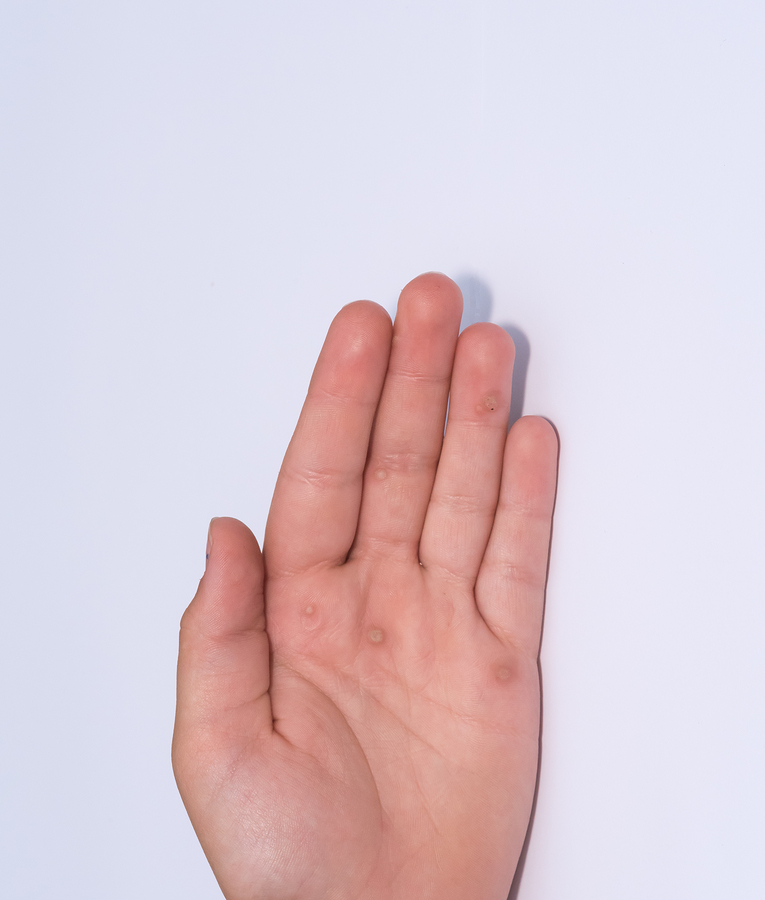 Warts are caused by viruses that live under the radar of the immune system. Once the immune system gets the memo that they are there, the body will fight the infection and the wart will disappear. For some people, that process happens very quickly and the person may not even know that they have a wart. For others, the immune system can take years to identify the wart/infection and fight it. Other than being a nuisance, most warts are harmless and go away on their own. Warts are usually painless unless they’re on the soles of the feet or another part of the body that gets bumped or touched all the time.

Are Warts Contagious? Simply touching a wart on someone doesn’t guarantee that you’ll get one too. But the viruses that cause warts are passed from person to person by close physical contact or from a surface that a person with a wart touches, like a bathmat or a shower floor. (You can’t, however, get a wart from holding a frog or toad as kids sometimes think!) A tiny cut or scratch can make any area of skin more vulnerable to warts. Also, picking at a wart can spread warts to other parts of the body. The length of time between virus exposure and appearance of the wart varies. Warts can grow very slowly and may take weeks or longer to develop.

Prevention: Although there’s no real way to prevent warts, it’s always a good idea to encourage kids to wash their hands and skin regularly and well. If your child has a cut or scratch, use soap and water to clean the area because open wounds are more susceptible to warts and other infections. It’s also wise to have kids wear waterproof sandals or flip-flops in public showers, locker rooms, and around public pools (this can help protect against plantar warts and other infections like athlete’s foot).

Treatment: Warts don’t generally cause any problems, so it’s not always necessary to have them removed. Without treatment, it can take anywhere from 6 months to 2 years for a wart to go away. There are 2 ways to treat warts:

1. Freezing – It’s best to schedule directly with the dermatologist for freezing. The wart may fall off within a few days of the doctor’s treatment, but several treatments might be necessary.

2. An over the counter wart remedy like Compound W. You may need to treat a wart several times. Before bedtime…

Call our office when: