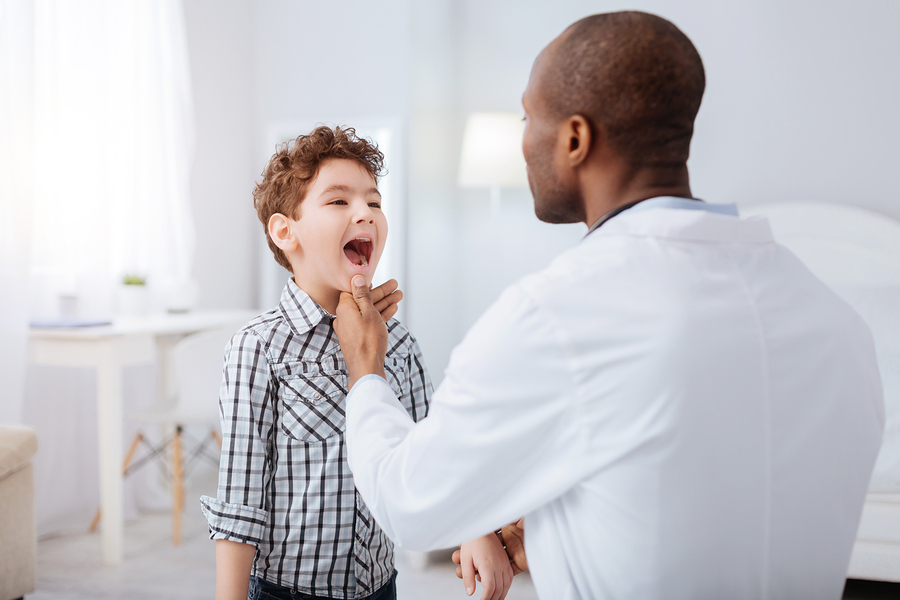 Strep throat is a bacterial infection of the throat. It is the most common infection caused by Streptococcus bacteria. It occurs most commonly in children between the ages of 5 and 15. Strep throat is uncommon in children younger than 2-3 years. A cough and cold are not commonly seen in children with strep throat. Although strep throat can occur any time of year, it tends to circulate in late fall and early spring. Strep bacteria flourish wherever groups of people are in close contact. That is why the infection spreads easily among family members and in schools.

Symptoms of strep throat include:

It is possible for your child to have many of these signs of symptoms, but not have strep throat. In infants, toddlers, and preschoolers, the most frequent cause of sore throats are viral infections (not improved by antibiotics). That is why your doctor generally tests specifically for strep throat.

There are two types of tests available to diagnose strep throat: a rapid test and a culture. Both tests require a swab of the back and sides of the throat. Results of the rapid test are available quickly, within a few minutes. When the rapid test is negative, a throat culture must be done to confirm that strep is not present. Results of the culture are not available for 24-48 hours. If the rapid test is positive for strep, an antibiotic will be prescribed. The Centers for Disease Control (CDC) recommends against treating sore throats with antibiotics unless the strep test is positive.

After completing 24 hours of antibiotics, the child is no longer contagious and may return to school. Symptoms usually improve in 1 to 2 days. However, it is important to finish the entire course of treatment (usually 10 days), even after the symptoms get better or go away. If a child does not begin to improve or worsens within 3 days, the child should be re-evaluated. It is also possible to have the bacteria that can cause strep without having a sore throat. Some people are carriers of strep, which means they can pass the bacteria on to others, but the bacteria are not currently making them sick. Although strep throat itself is not dangerous, it may lead to serious complications including scarlet fever, inflammation of the kidney, and Rheumatic fever. The risk of developing severe complications is low in the United States.